I am the RED Cyclone!


Zanghief has been made the world most notoriously popular Wrestler in the video game industry. First made popular in fighting genre, Super Street Fighter 2, he is  also known as the Red Cyclone due to his matching red (lack of) attire of underwear, and wrestling boots. People always know him to be a slow, big and make for an easy target in many fighting games. What comes with size contributes to sheer POWER.

Some martial arts may say, power isn't everything, but in the ways of the Bushido, often times their techniques and philosophy encourages of taking the opponent down with 1 strike equals to 1 kill, same in the likes of Kyokushin, Kendo and Iaido. So with immense power comes with only 1 strike.

Or in the case of Zhangief, 1 strike and its over.
Here's real life proof of the Red Cyclone in Action.


Super Atomic Crush!
Big kid was bullied by the small fry and he had enough and transform himself into the Red Cyclone. Good job for standing up on yourself. That was sure a hard hit.
Posted by Hawke at 00:39 No comments:

There's a saying about how age never factors into start training in any martial arts. Would you dare tell this baby that he is too young to kick some ass? Or at the very least, act like a total badass?
You pour water into a cup it becomes a cup, you pour bruce lee into this baby, it becomes Bruce Lee!
Posted by Hawke at 00:04 No comments:

I love my Wing Chun Bears!

Love them Wing Chuns Bears!
Posted by Hawke at 21:56 No comments:

For decades we've all been pretending to be superman, batman spiderman etc etc. Some of us Martial Arts practitioners would act out characters in fighting games, making their signature hand gestures like Hadouken! or Shoryuuken, or even the hurricane kick with the long ass japanese pronounciation.
"Tatsumaki Senpuu Kyaku"
Gaming not only keeps martial artist interested more it also spawns with other many random smack talks as well as new moves we tend to see in movies as well.
So to keep up with decades old tradition and recruiting more martial artist enthusiast, these are the games that anticipators can look forward too.
Courtesy of Gamescon 2011 reveals
Fighting on Capcom's 2D fighting system, Pitting 2 of the greatest rivals in fighting games history head to head. Greatest 2D fighting game against greatest 3D fighting game. This would be one of the most anticipated fighting games in history.
Worlds Greatest weapons based 3D fighter is back with another chapter, new characters new weapons and new jiggly boobs and round asses. Almost realistic moves captures through motion-capture makes this game one of the best games to copy & mimic fighting moves to date. With Weapons!
We like to have super powers, we like to shoot fireballs from our hands, we like to scream out weird japanese shouts and make victory poses, and we love to wear our underwear on the outside, comes the massive universe of Marvel comics characters against Capcoms world of colorful yet ferocious fighters once again!

Welcome to BBQ for honor! 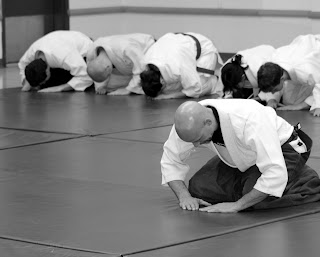 This blog is dedicated for all of Martial Arts
Philosophers, Enthusiast, Practitioners, Believers,Masters, Students, Superstitiouners, non-believers, fanboys, victims & Bullies (if you call yourself that)

Blog will cover all sorts of range of martial arts related news, stories, updates and even things just somewhat related to martial arts.  It is all for the sole purpose to educate and entertain people who are interested in all of which martial arts.