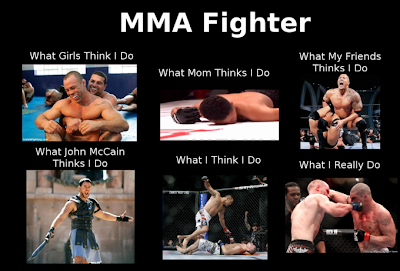 The first 3 columns is exactly what I thought when I first saw a video clip of MMA fighting for the first time. It made me question the authenticity of a sport where man hugs one another all the time.

As time goes by I grew wiser and beginning to understand what MMA is all about and how is that compare to traditional full contact sports. It also makes me a fan of some funny legendary fighter

From the brutality of MMA fighting, tend to makes an enthusiast like myself wonder, how much punishing can one take and what sorts of training they do to take such hard blows. Sometimes watching these made me realize that although brutal - it paints the real life situation on street fights.

Puts you into perspective that this ISN'T a video game

Once Upon a Wing Chun Bear


This Wing Chun Bear is spotted in Asa Zoo in Hiroshima. The footage was supposedly uploaded 2 years ago where this Asian dark bear - allegedly named Claude - it appears to start twirling the stick rapidly around its head using 'kung fu' style moves. Then at one point Claude even throws the stick mid-twirl into the air and catches it. Without fingers thats incredible skills.

According to experts of animal behaviours, they claimed the footage above appears to be genuine. If that is true then Asa Zoo in Hiroshima would be part of my 'trip to Japan' list.

Thanks to the person who re-uploaded the video with added "Kung Fu Fighting" song. Adds a nice touch behind it.

Epic Martial Memes - What i do I was away for an overseas trip to New Zealand going through internet withdrawal. I shall call internet withdrawal as solitude training from now on. Upon coming home with unlimited internet access my emails and websites of my choices seems to be flooding with a meme call "what i do" it seems to be taking internet by storm, so should i find any Meme in regards to Martial Arts i shall post for that purpose.

I don't find myself entirely related to the above, but its a good start.!

I've been writing blogs about Martial Arts for about 4 months now, as my readers begins to grow more and more I realized there is an interesting patterns of people coming over to read about Martial Arts. Blogspot allows me to track where the readers are from. Aside from the usual English speaking countries like US, UK, Australia and some parts of Europe & Asia, I noticed there is a large numbers of readers from Russia.

Now I'm not saying Russians don't speak English nor don't do Martial Arts, but it is a pleasant surprise to me, it actually fascinates me because I know absolutely nothing about the Martial Arts scene in Russia. Partly to blame that I've been ignorant to think Russian only do Wrestling.
So I went to dig a bit about how Russians associates themselves to Martial Arts.
Couretesy of Wikipedia, (my rough summary)
There was a traditional Russian Fist Fighting that was outlawed by the Russian Empire in 1832. It was supposedly a tradition of soldiers fighting hand to hand against each other. After the break-up of the Soviet Union the Russians began to honor the military traditions by celebrating a festival call "Maslenitsa."(translate to Pancake Festival......what?)
However during the Soviet Era, the government wanted to create hand-to-hand combat systems which probably evolved into the modern day, Systema & Sambo. (I will explore more into those later) This is just assumptions, but fighting system/martial arts like Sambo & Systema is what makes Spetznas the best at what they do in a hand to hand situations.
Movies & Video Games loves to include these Russian Military Martial Artist as a great new wave to the Martial Arts world.
I will post more Russian related Martial Arts in the near future. There is so much to learn and its fascinating how Military Training fused with Martial arts that creates one of the most deadliest warriors known to man.

Journey to the Wing Chun Bear

Like us human beings, Fresh graduates Wing Chun Bears had to start looking for jobs to function today's reality and society. And sometimes they face modern day problems....such as...

But for whatever path they have taken or whatever choices and career they decided on, a Wing Chun Bear always set themselves apart from the other ordinary bears. They are born and raised with the spirit of their strength, their power, their cunningness and ferocious speed They shall always dedicate themselves to their Martial Arts, for they are the WING CHUN BEARS!!! 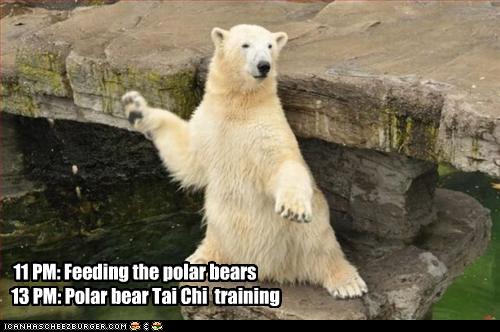 Real violence TV - When to draw a line? 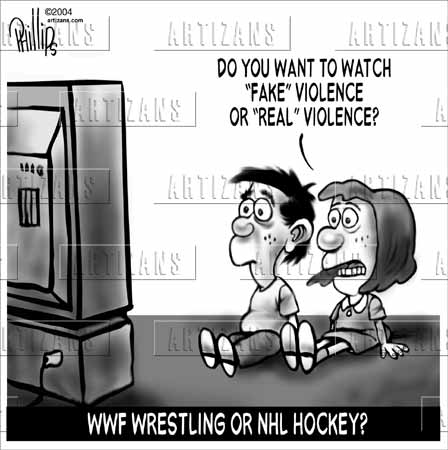 We live in an uncensored society, through the sheer power of marketing we are constantly exposed in things that tickles our fundamental primal being. From the days human beings can read, industry revolves around sex & indulgence are multi-billion dollar businesses. Since the time of man, visual media have been for many years embraces into the concept of violence, we see them in cultural performance arts & Shakespearian plays, in sporting events and in motion pictures, and it has become multi-billion dollar business as well.

In the likes of Video Games & Movies, National Televisions are pushing the boundaries of embracing Violence for higher ratings. The trends setters for acceptance for raw violence started out from News & Educational TV. Showing animals of nature hunts & fight for survival, evolves into topic such as animal cruelty - showing animals getting abused violently. Then there is the infamous crime & investigation TV, talks about street gangs & drugs. 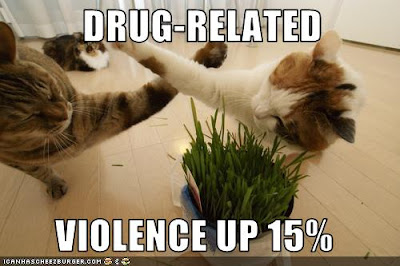 Reality TV is the key word that is creating such a trend. The raw footage of flailing fist fights tend to excite people and often times makes us continue to keep watching or even the raw fact we like to see some people we hate to be beaten up on tv.
Courtesy of Youtube - (raw violence footage warning)
Is this ethical? are these reality? Reality TV shows such as America's top model, Big Brother & even The Apprentice. For whatever reason people love to see these fights however for me, I'm actually more interested in fights that educates people such as the likings of Spike TV's "World's Deadliest Warrior"