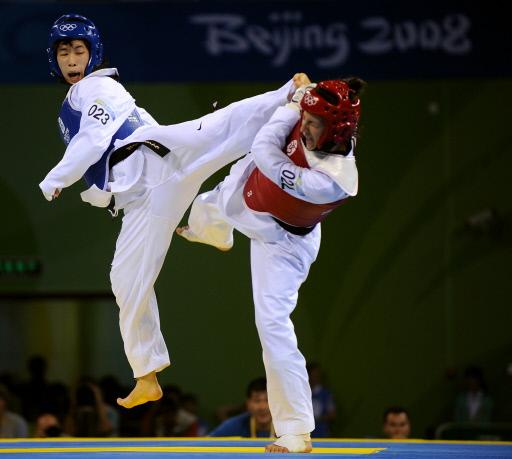 Taekwondo made it's first appearance at the Summer Olympic Games as a demonstration sport at the 1988 Summer Olympics in Seoul when Korea was the host country. It later became a full medal sport at the 2000 summer Olympics in Sydney Australia and has been a sport in the Olympics since then. China demonstrated their vast number of Taichi practitioners during the opening ceremony, I wonder if we will expect to see some sort of Taichi competition in the Olympic one day?

According to some sources, Taekwondo is on the verge of being eliminated from the official Olympic Games, due to lack of popularity. (I personally disagree coz TKD community is larger than ever) but it raised concern to the WTF (World Taekwondo Federation)

Concerned sources & rumors states the reason being the lack of fairness in judging during the match. Often judges are criticized as vague and confusing. Olympics Taekwondo match are judged by one referee and 4 judges.....sitting pretty far from the action, BUT with the help of 2 cameras. Points & penalties are given when 2 judges recognize them. However due to flashy and fast movement & angles can cause ambiguous judgement.


So the World Taekwondo Federation (WTF)  addresses the issue with a total of five cameras around the court! 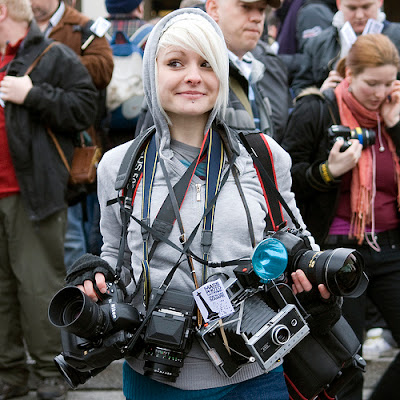 The community have growing concerns that TDK has lost its dynamic appeal and the games are not fun to watch....(really?) I personally find it to be the flashiest game to watch on TV, next to lightweight boxing and Judo. So for London games of 2012, the size of the court will be reduced to 8x8 meters.
The rules also been changed where a super flashy kicks & advanced attack moves will be awarded up to 4 points, making the sport more exciting to watch. That sounds like an excellent idea to me! this will change the fighters game and strategy completely. We might even see unexpected new stars coz now it allows for new moves we often don't see in the games.


Better yet, we might even get to see some rare knockouts in the London Olympic games this year!


Now here's a thought. Do you think London will feature Baritsu/Bartitsu in their opening ceremony? How cool would can it be to see a sport where the sports attire is to wear victorian attire with a top hat and fake mustaches? I sure wish to see that!

Like Martial Arts? check out WingChunBear official Website. It's a page for Martial Arts Enthusiast to view, learn & share ideas in regards to Anything Martial Arts. Feel free to drop by from time to time and "Like" the fan page to support its growth to gather more Enthusiast :) they are websites for YOU. Click the links below and Subscirbe in the "contact" page to receive goodies :D